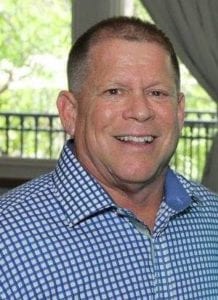 President George W. Bush said in a commencement speech at Southern Methodist University in 2015: “To those of you who are graduating this afternoon with high honors, awards and distinctions, I say, ‘Well done.’ And as I like to tell the C students, ‘You too, can be president.’”

There is no dishonor is being a C student. There is dishonor in having a C-level education system. But that is where the State of Florida has put itself proudly — well below the middle of the pack.

Education Week magazine graded each of the 50 states and the District of Columbia. Florida scored a 72, a low C overall. The average student’s chance for success was rated at 75.5; our school finance system got a lackluster D+, and our K-12 achievement received only a 73.9.

Mental capital has replaced industrial capability as the engine driving the economy. So to compete, we need to produce smarter students. And to get smarter students, we need a smarter education system.

Florida lawmakers have shown nothing but indifference and Gov. Rick Scott was happy to eviscerate the state’s education budget until he decided to run for the United States Senate seat currently held by Bill Nelson.

Speaking about his last education budget, Scott wrote: “For the sixth straight year, we have secured record funding for K-12 and state universities to ensure every student has the opportunity to receive a world-class education in Florida.”

Florida has a unique way of funding local education. Part of the money comes from the state and part of it comes from counties. In Fiscal Year 2007, total per pupil spending was $7,126. After that, during Scott’s tenure, Florida didn’t race to the top.

It plummeted to the basement. Seven consecutive state budgets saw per pupil spending below the 2007-08 level. It was only in FY 2016 that spending exceeded the old record in FY 2007, then by $70 per student. In the current budget, we’re going to be spending about $175 per student more than we did in FY 2007.

The governor and the legislature want to tout the gain. It is an increase in education spending, they brag. They need be more honest with Florida taxpayers.

When you take inflation into account, we’re still well behind. K-12 per-pupil spending. It would have to be more than $8,726 in the new budget to match the FY 2007 level. Instead we’re more than $1,000 a student short.

According to a group of Florida school superintendents, about 47 cents per student goes to classroom education. By comparison, a single Forever postage stamp is 50 cents. One letter home to parents and we bust the budget.

There are 12.9 million registered voters in this state. Collectively, we can get ourselves out of this mess. It is time to demand from all of our elected officials, Republican and Democrat, that they not be satisfied with mediocrity.

We can’t satisfy ourselves with half-truths. The fate of our children and the future of our state are in the hands of men and women who are content to spend an extra 47 cents per child and declare success and go home.

If that is their attitude, we should just send them home, once and for all.

There are no upcoming events at this time.

Coral Gables Has Money to Burn for A New Firehouse

ABOUT US
FOLLOW US
© Copyright 2019 - Florida Web Marketing, Inc.